When discussions between the village school (through Northamptonshire County Council) and the land owners for land behind the school for a playing field broke down in 2017 the Parish Council decided to take up the reins. A proposal for a children's play area in conjunction with the school was put to the community in the Referendum on the Neighbourhood Plan and endorsed by an 82% vote on a turnout of 69%. The council then decided to widen the project to embrace not just a playing field/recreation area but also a car park and a children's play area. An architect was commissioned to draw up a plan and prepare for a planning application.

When it became obvious from discussions with the land owner that access to the site would not be available via the bridleway discussions were held with the school and Diocesan Education Board to explore the possibility of an access through part of the school land. After protracted discussions it was agreed that the council could secure access with a 125 year lease at a peppercorn rent of £1.00 per annum. In return for this the school would have priority access to the playing field at pre-arranged times and parents could use the car park for the dropping-off and picking-up of pupils.

Negotiations with the landowner concluded with an agreed Heads of Terms and the sale price for the land (£90,000) was substantiated by a valuation by a Chartered Surveyor.

A planning application was then submitted to East Northamptonshire Council with the required documentation, viz:-

c) Highways and traffic survey The council had published a report on speeding in the village in 2015 and it was agreed by the Highways Authority that this report's findings could be used to inform the debate on the traffic issues.

There are two planning permissions (see f) below):- the first, 19/00055/FUL, related to the initial proposal to culvert the ditch behind the school for approx. 56 metres to give a little more room for the car park, but when it was suggested that permission from the drainage authorities would not be forthcoming for this course of action it was decided to submit another application 19/01475/VAR which moved the car park about 1 metre to the north. Everything else stayed the same. When planning permission was granted it came with conditions which had to be discharged before construction work could start on the project. These are listed below a) to d) and imposed considerable additional costs on the project. These costs (and the income to cover them) are shown in e).

a) Ecological Appraisal and Biodiversity surveys

Condition 12 required the installation of a Vehicle Activated Sign(VAS) in the vicinity of the school and Condition 13 required the plans showing the statutory parking standards in the car park.

At the same time as the planning application was submitted the council began to research the various opportunities for grant aid. It soon became obvious that very few sources gave grants for the purchase of land. One which did was the East Northamptonshire Council's "Community Facilities Fund" so an application was made for the maximum £50,000 grant. The bid was successful in January 2019. However this still left the council short of money to buy the land and it decided to consult with the Glapthorn community to see if it would support an application to the Public Works Loan Board for a loan which could be used to help with the land purchase. This loan would be repaid out of residents' council tax contributions over the next 30 years. In a referendum a majority voted to take a loan of £60,000. Now that funding for the purchase of the land had been secured attention turned to other potential sources of funding, namely Sport England, the National Lottery and the Augean Fund, based on the Kingscliffe landfill site. Offers of £75,000 each were made by the first two, with a £50,000 offer obtained from Augean (subject to certain conditions).

Ultimately Glapthorn Parish Council are grateful to the following organisations in supporting and funding this project:

Offers of grant funding are provisional until such time as the council can prove ownership of the land and had completed the appropriate tendering procedure. As a local authority this involved advertising through the Government's "Contract Finder" service and then sending out the construction specifications in an invitation to quote document.

The council received bids from 16 different construction companies and these were assessed on a quality/price formula before the choice was narrowed to the best three quotes. The preferred contractor was chosen after interviewing those 3 companies (see below).

Results and evaluation of the tendering process

The preferred contractor was Phil Day Sports (recently taken over by Carrick Sports) who will construct both the car park/access road and the playing field.

9. Budget for the next phase.

Now that the land has been purchased the main financial outgoings relate to the construction phase which could be completed by the autumn of 2020, good weather permitting, or it could spread over into next year with the final drainage touches to the playing field (so-called sand slits) left until the spring of 2021.

As can be seen there is a small potential shortfall but there is ample time to seek out additional sources of grant aid.

10. Management of the playing field.

Once the project is completed it is intended that the Playing Field Association (membership open to anyone from the village) will take over the administration and management of the playing field facility. This will be done through a Licence given by the Parish Council (who will own the asset) to the Playing Field Association, which, as a registered charity will manage the facility for the benefit of the whole community.

A project report and risk assessment were presented to the Parish Council on 20th June and 15th August 2019: 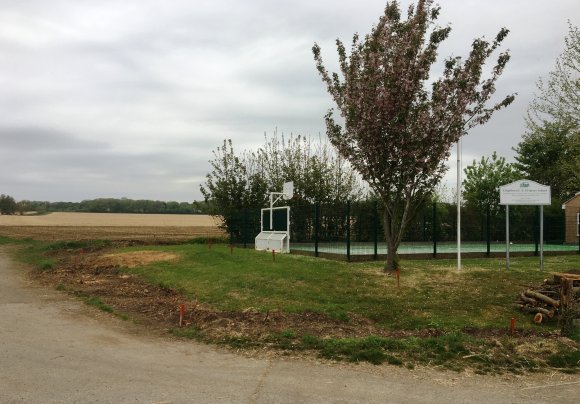 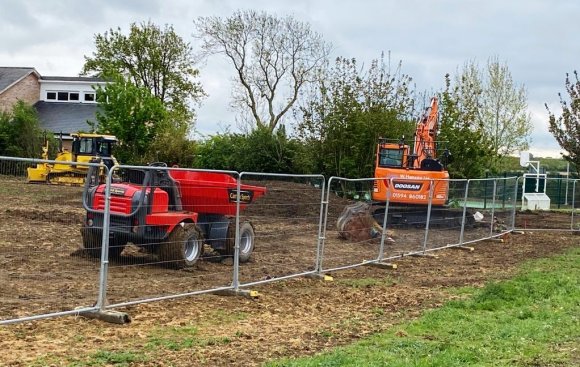 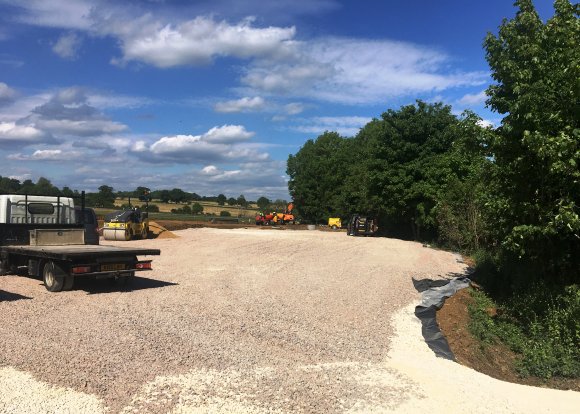 19th May - levelling the field in preparation for the pitch 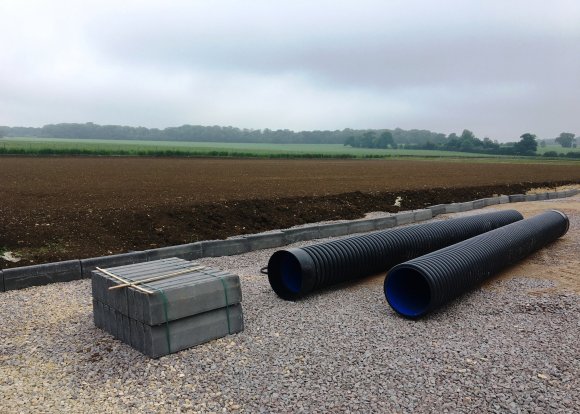 17th June - Landscaping of the pitch has been completed. 23rd June - The recent grass seeding has germinated and the "greening" of the pitch is well under way. 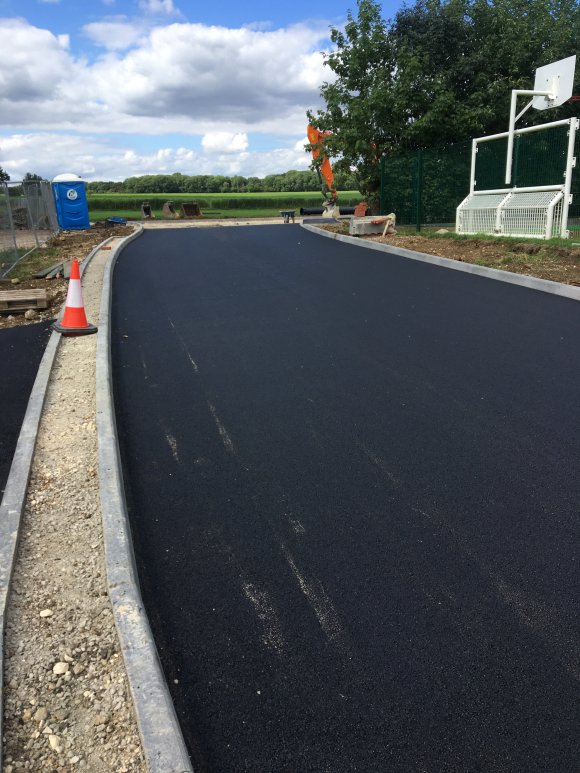 20th July - the access road is now tarmacked and the gully to take the rainwater into the culvert under the road has been completed. The car park has been prepared ready to receive the "Bodpave" surfacing whilst the surrounding footpath has also been tarmacked. 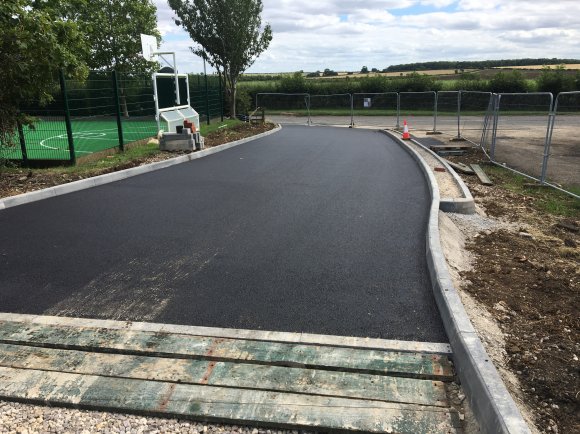 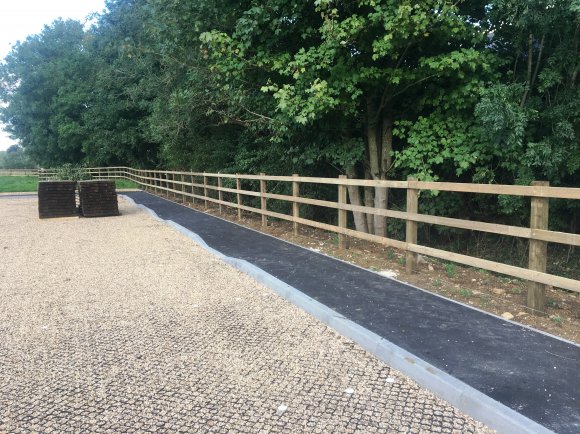 1st September - having completed the car park surfacing, in September we begin the closing stages of the project starting with the installation of the perimeter fencing. The Playing Field perimeter fencing is now complete as we "tick off" another task on the final project development to-do list. 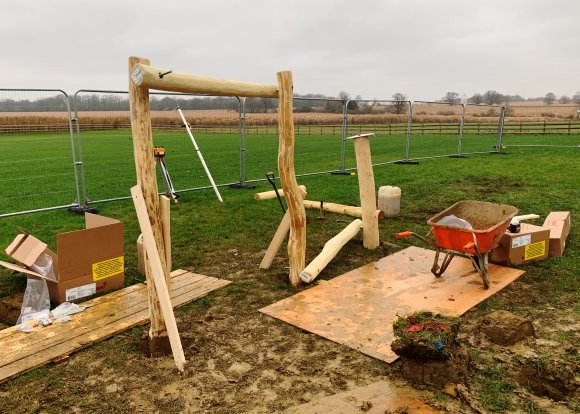 December sees the start of the new Playground installation... 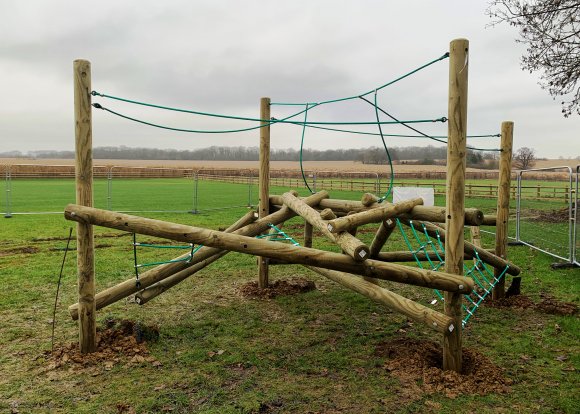 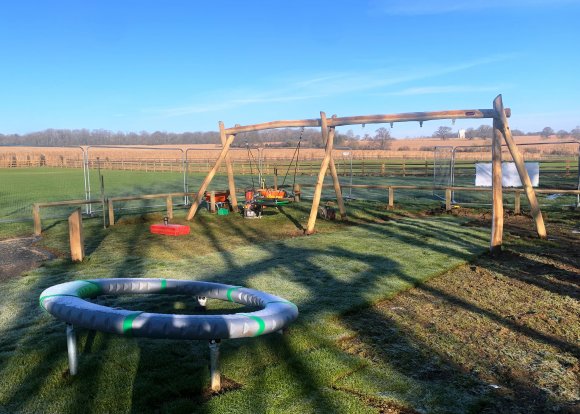 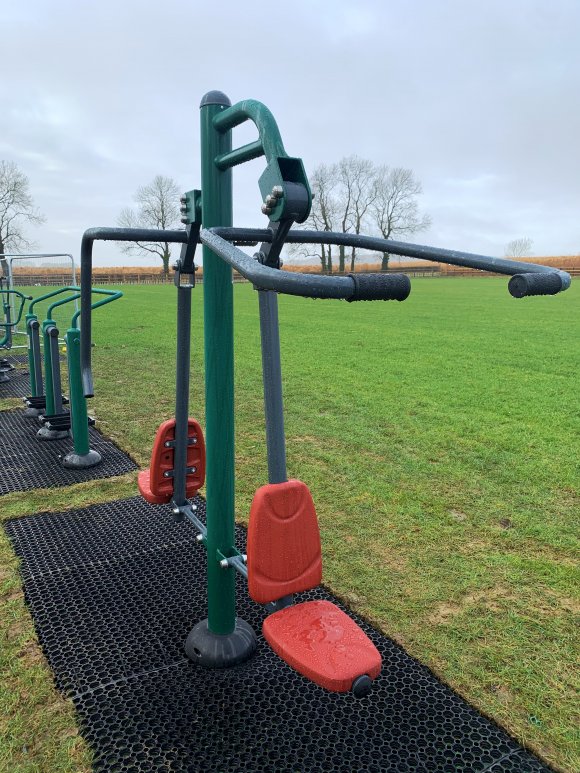 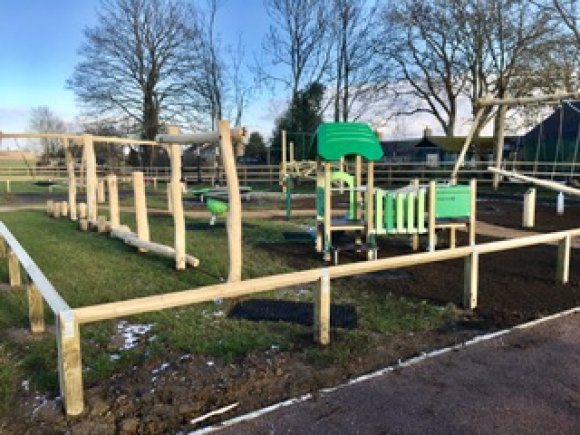 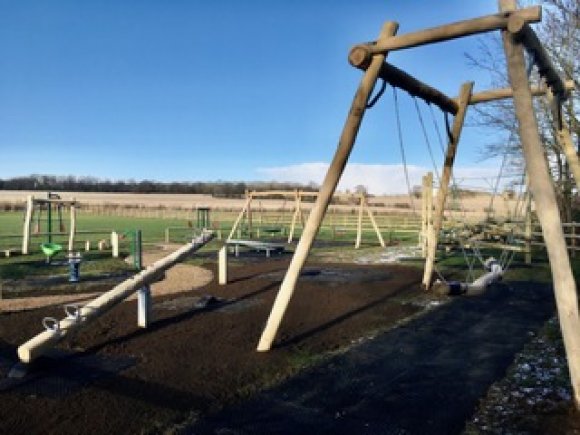 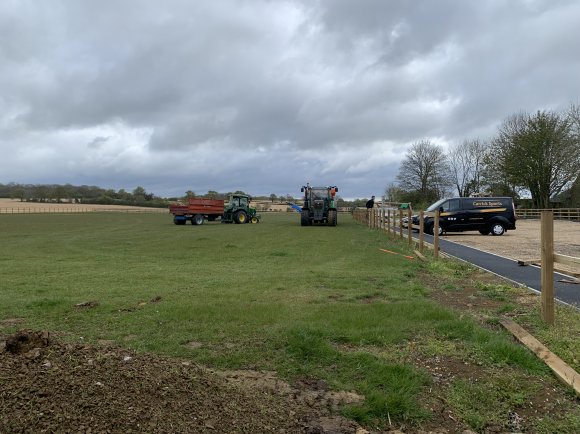 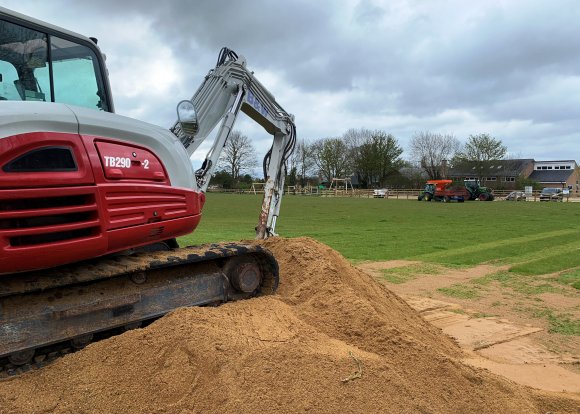 Sand slit drainage works completed, just waiting for the ground to recover before we can use the pitch, September 2021 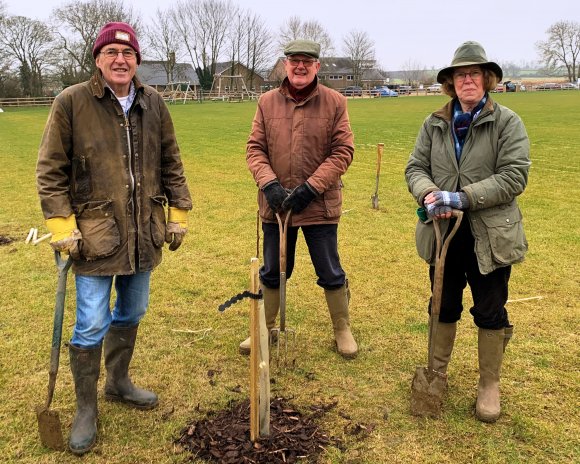 The completion of the final planning condition, being the planting of 10 fruit trees. January 2022 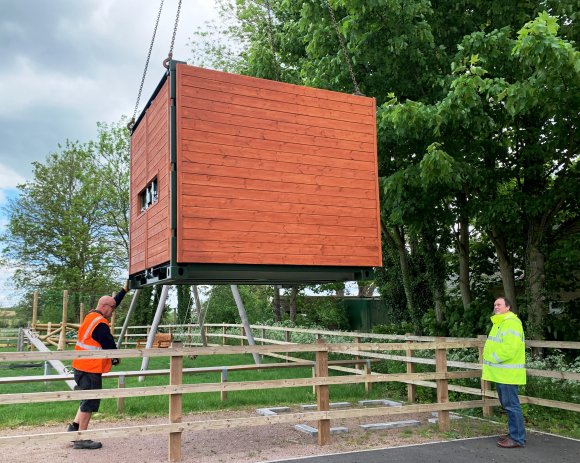 Our new on-site storage unit being lifted into place, May 2022